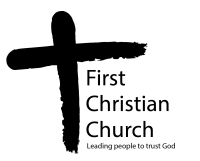 It’s possible that you’ve been brought into a conversation that begins with these words, “I’ve got some good news and some bad news.”

When Jesus spoke it often seemed like He turned everything the people knew and had thought about God, The Kingdom of Heaven and being rightly related to God upside down. For some the very things that Jesus taught were incredibly good news while infuriating others.

Among the list of the things that Jesus is referred to in the stories of his life and ministry in the New Testament of the Bible is the rabbi.  Rabbi’s in Jesus’ day invited people to learn to keep the Torah. This was called taking “the yoke of Torah” or “the yoke of the kingdom of heaven”. Rabbi’s would have a new interpretation or yoke.  You would find in Matthew’s writings of Jesus life that Jesus said, “Come to me, all you who are weary and burdened, and I will give you rest. Take my yoke upon you and learn from me, for I am gentle and humble in heart, and you will find rest for your souls. For my yoke is easy and my burden is light.”

When a rabbi taught while standing or walking, what he said was considered to be informal and unofficial.  But when he sat down, what he was going to say was thought to be authoritative and official.  A man that walked away from his job collecting taxes at the bidding of this rabbi, Jesus of Nazareth recalls the day that Jesus sat down on a hillside and began to talk about the kingdom of heaven.   Jesus saw the crowds –  He went up on a mountainside and sat down. His disciples came to him, and he began to teach them.

In Matthew chapter 4 Jesus demonstrated how magnificently powerful the kingdom of heaven is.  Jesus went throughout Galilee, teaching in their synagogues, proclaiming the good news of the kingdom, and healing every disease and sickness among the people.  News about him spread all over Syria, and people brought to him all who were ill with various diseases, those suffering severe pain, the demon-possessed, those having seizures, and the paralyzed; and he healed them. Large crowds from Galilee, the Decapolis, Jerusalem, Judea and the region across the Jordan followed him.

But the opening words of Jesus talk about The Kingdom of Heaven and those that aspired to be a part of this kingdom was good news for some and bad news for others.

The yoke or the teaching of this rabbi who said of himself that He was gentle and humble in heart would bring rest for those burdens with religion and frustration for those that imposed the burden.  What Jesus offered that day to those gathered on that mountainside and what many have discovered since has turned out to really be Blessings in Disguise.

This fall we will take a closer look at Jesus teaching from what is referred to as the Sermon on the Mount and specifically, “The Beatitudes” to see that this teacher that spoke with authority had to say about the Kingdom and Heaven and those that aspire to be a part of it.  It might be for you a Blessing in Disguise.